The Technical and Compliance Committee used to have four small working groups (SWGs) but decided to combine these into two (2) groups: SWG on Planning & Development and SWG on Operations. The resultant NPFC structure is noted below. 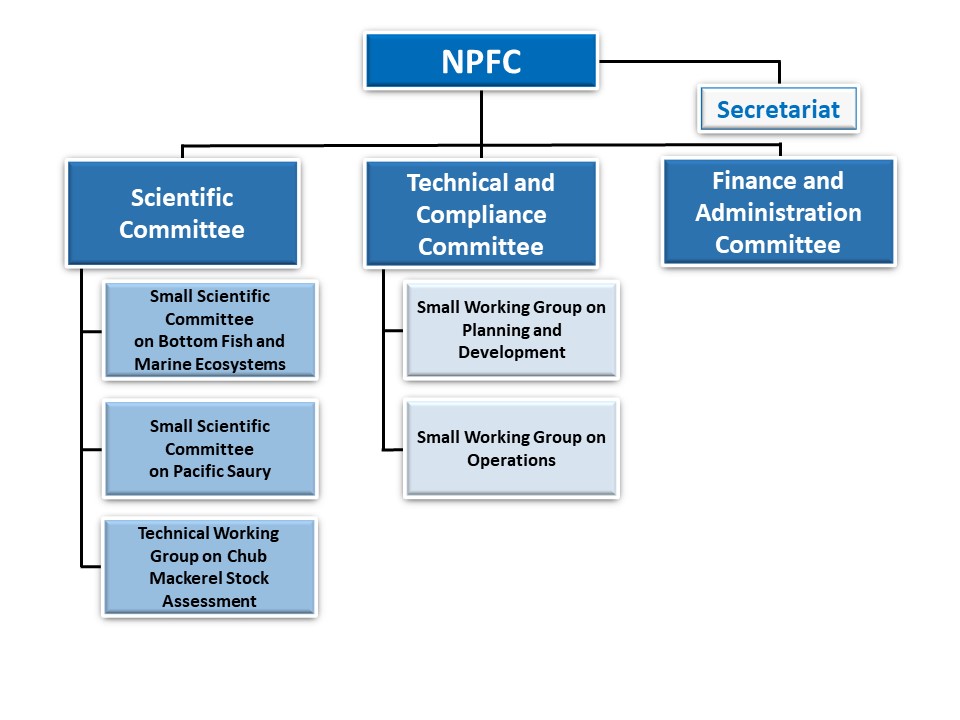